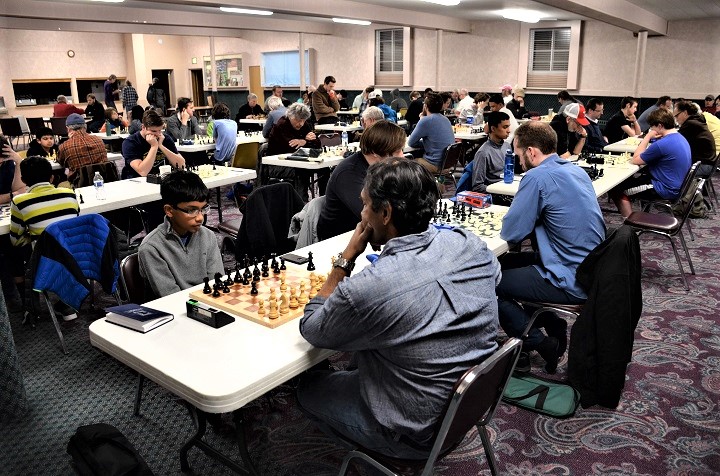 "Nevertheless, I was undaunted in this quest."

The heading photo is a typical picture of the DCC Tuesday night tournament from March 2019 and up till March of last year it was only getting better. And here we are well past March of this year and still not meeting weekly on Tuesdays, but...

Real good news is the DCC finally has a live, in person, over the board USCF rated tournament scheduled. We are calling it "nearly normal" but more accurate would be to say it's a "not at all normal yet" tournament. Details of the restrictions and requirements are in the tournament announcement. The COVID pandemic is still a danger despite vaccines being readily available for adults in Colorado and across the United States. Thus the DCC is imposing unusual conditions in the interest of safety.

We had some push back about not allowing young players in the tournament, due to a vaccine not being available for them. But recently the New York Times reported that "Everyone 16 and older is now eligible to get a vaccine in the U.S." Again, by requiring draconian measures the DCC is erring on the side of caution, but hopefully now a few young players will be able to register for the tournament in time. 5/4/21 Update: The NYT reports that: "The F.D.A. is set to authorize the Pfizer-BioNTech vaccine for those 12-15 years old by early next week." Update 6/7/21 More good news. The DCC has another one day tournament scheduled for Saturday, July 31st. Even better news: The DCC will begin meeting again on Tuesday nights beginning August 3rd. 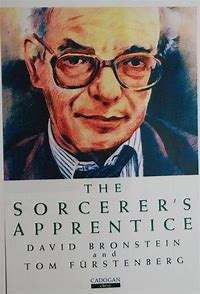 Since there is a fantastic Ann Davies book review within this report, I've included a few pictures of famous chess players who have wrote excellent chess books... that you may want to study before playing in the DCC June Nearly Normal tournament :)

In case you  only vaguely remember how to play over the board USCF rated chess after all this time playing online, here are a few - i'm trying to be humorous - helpful reminders:

1) You will have to actually record each move by hand writing the notation on a paper scoresheet.

2) After making each move you will have to physically reach out to touch and push down the clock button.

3) If you touch a piece, you have to move that piece. You cannot "unclick" it.

4) You are playing for a USCF rating, not for some "it don't matter" online rating.

5) Your opponents will be sitting right in front of you and will be using their real name. They will not be able to taunt you anonymously in chat. Although over the board you may occasionally see your opponent smirking, or totally relaxed because your position is hopeless :-)

If there is a good turnout for this tournament - despite the far from normal conditions - the DCC has tentative plans to hold monthly one-day events at the same location. Hopefully, within a few months, the restrictions can be dropped and we can all just show up and play unhindered chess, on Tuesday nights and at weekend events. I can't tell you how much I miss the Tuesday night games. 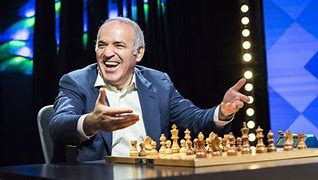 Ann Davies is a fountain of good ideas for the DCC. She has suggested that these DCC reports include chess book reviews. I wholeheartedly agree.  All readers are invited to send recommendations or reviews. The following is Ms. Davies review of: "The Most Instructive Games of Chess Ever Played" by Irving Chernev.

Quoting Ann Davies: "As every chess player knows it is never about the small victories, no matter how much we may celebrate them. Chess is about the preparation, the journey, the battle of minds over the board, the humbling experience of your inevitable losses, and exposing yourself to ridicule. It is with these thoughts that I therefore humbly submit this quasi book review for your consideration.

Nearly one year into a global pandemic and finding I had loads of time on my hands, I decided to finally attempt to read (cover to cover) some of those chess books that have been collecting dust (nearly 200)on my shelves. Although I have perused many of them, either attempting one chapter or a few pages, I quickly put them down, neither having the time nor the inclination to continue to forge through. I felt like a very old version of Goldilocks, many were too easy, even more too hard. Reading the ;too hard; books was akin to reading the flight instruction manual for a yet to be invented space ship. Finding that 'just right' book was more challenging than I had envisioned.

After dusting them off, ... good thing I had a mask, compiling an inventory, classifying them by theme and ability level, I compiled a list. (I'm good at lists! Just ask my husband. He has quite the collection of honey do lists from me.) I thought four books a month was a good start to my journey towards chess discovery and enlightenment. Staring at these stacks of books, one in particular kept jumping out at me. 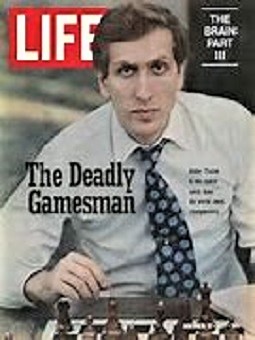 No Irving Chernev image could be found, but you may recognize this World Champion who wrote, "My 60 Memorable Games"

It was "The Most Instructive Games of Chess Ever Played", by Irving Chernev. I had never even attempted to read this book because it was written with descriptive notation. It may as well have been written in Greek. Nevertheless, I was undaunted in this quest. I was so curious about this particular book, originally published in 1965, that I purchased a duplicate copy for my Kindle with algebraic notation

Needless to say, I love this book!! DOUBLE EXCLAM!! It is 'just right' for this old Goldilocks. I highly recommend travelling back in time with Chernev to explore this collection of magnificent masterpieces and entertaining games. Sit down, relax with a hot cup of tea, coffee or wine and enjoy. The experience of reliving these games through Chernev's eyes and writing style was like taking a tour in a chess museum. Chernev selected games from chess artists from 1878 - 1961. All the greats are there: Steinitz, Capablanca, Alekhine, Botvinnik, Tal, Reshevsky, Fischer to rediscover. He begins each game with a concise summary of what the reader can expect to find, whether it be the power of two bishops, rooks on the seventh or endgame scenarios where an unexpected pawn finds its way to become a queen. Talk about your Cinderella stories!

Like any wonderful tour guide, he pauses in the notation to explore a few variations. These variations are not overwhelming and well worth the investment of time to explore. They are made easier for the reader because of the conveniently placed board diagrams. In Game 46, Pillsbury v. Showalter, Chernev remarks, "A brilliant move! It deserves a diagram." The well placed diagrams make it easy to return to the board position to continue with the main line. I enjoyed every page and just like every good fiction book I have ever read, I never wanted it to end. In fact, I enjoyed it sooooo much, I think I will read it again. Chernev states in his Introduction that he may have as well have called this collection The Most Beautiful Games of Chess Ever Played. All I can say is Amen!" - Ann Davies - This review has inspired me to actually read a few of my own chess books. Thank you kindly, Ann. 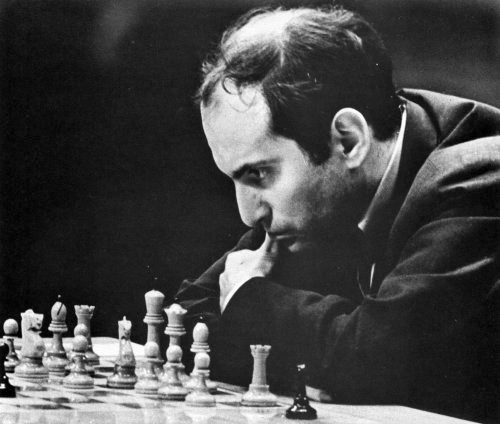 World Champion Mikhail Tal is my favorite player. His book, "The Life and Games of  Mikhail Tal" has been widely acclaimed.

Again this month the Games Section is games from Alayne Wilinsky's DCC on Lichess tournaments, and a couple from other sources. I'm looking forward to some over the board games from the DCC June tournament for the next report.

Rhett Langseth (Termenoil) has been ruling the Tuesday night DCC Lichess tournaments. We'll start off with a few of his games. TTC = Tournament Time Control. Brezerking is cutting your time in half for an extra point if you win the game. If I don't give the name with the handle it's because I don't know or it has slipped my mind...as many things do :)
1) Termenoil vs. floatingwater. TTC: G/10.  Black has just played 13... Bg7-h6. Probably thinking if White plays 14. Bxh6 it's  just a trade. What did he overlook?
2) SunBear96 (Charlie Flaxbeard) vs.Termenoil White has grabbed a pawn with 27. Nf3xh4. How does Black win a piece?

3) Termenoil vs. Co_Native_Ai3 (Alec Barraza)  TTC: G/1. Rhett brezerks most of his games even when it's a bullet time control. In this position, why is 33...Rd7-e7 not the best move? Here Rhett has 12 seconds on his clock. 20 moves later he delivers mate and still has 6 seconds remaining !!

4) Termenoil vs. fleetfeet (Mark Krowczyk) I couldn't resist adding this position. White to move. How does Rhett lose a Bishop, a Knight, and the Queen in his next 3 moves? Clear evidence of the danger of pre-moving :)
5) Termenoil vs. easyman37  TTC: G/3. Black played 26... Rd8-c8 to defend the c7 pawn, but now White wins a bigger chunk of material, Rhett won this game, but easyman37 finished in 1st place.
6) easyman37 vs. ab4gm. The White King has many squares to get out of check. Which one is worse? Nevertheless White went on to win the game. The clock is always a factor in blitz chess.

7) BrianWall vs.Tsovnoog (a Master level player) Everybody knows Brian Wall is always a threat to take 1st place in any tournament that he plays in. Here his Bishop has completely frustrated the Black pawns, and Pawn Wave Guy has a passed pawn. Can you predict the final result? :)

8) Tsovnoog vs. BrianWall Tsovnoog avenged himself with this game. After 20... Rad8, how does White win material? This is not an easy problem. Well, for me it would not be too easy.

(9) bewareofmate vs. Brian Wall NM Wall plays a brilliant Kingside attack in this lichess blitz side game, only to let it slip away and have to win the game on time. White has just played 26. Qh2-g3. Find the mate in 1.

(10) Notorious vs. Brian Wall Here is another sweet attacking game from the DCC President. White moved out of check with 23. Ke1-f1. Black moves and ends up with a dominating position plus two extra pawns for the Pawn Wave Guy.

11) fleetfeet vs. BrianWall In this position why is 36. bxa4 a really bad move? This is an easy problem, even for me :)

12) fleetfeet vs.Czechmat e1972  (John Brezina)  White is in check. How would you get out of check? Think like Brian Wall.

15) Czechmate1972 vs.devilrox With things not going his way Mr. Brezina sets a little trap to regain some material. After 35. c3 can Black play ...Nxa2? The big trap comes in the next diagram.

16) The same game. Proving the Yogi Berra adage "It ain't over till it's over" Black is completely winning but here Black moved out of a Knight check with 43...Kh7-h6 and White played  44. Ng5-e6. That was followed by ...hxg4 45. hxg4 and Black not sensing the danger plays ...fxg4. Do you see the mate in 1? With fine games like these Mr. Brezina finished 2nd to Mark Krowczyk.

17) liencam2 vs. Dzibanche (Jason McEwen) TCC: G/15+10. Miracles happen. I took 1st place. I'm not making this up. It actually happened, and I am tooting my own horn :) In this position, I played 21.Rg5 and Mr. McEwen resigned. I can't argue with the result, but what would have been a better move. Hint: It's the object of the game :)

Send any chess book reviews or recommendations to: liencam2@yahoo.com