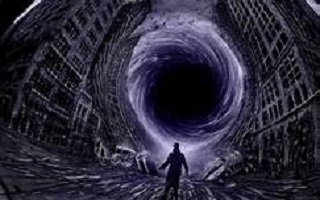 This was not unexpected, but was nevertheless disappointing.

With coronavirus cases surging across the United States, there is no end in sight as to when the DCC will again be playing over the board chess on Tuesday nights. We are looking into the abyss and indeed the abyss is looking back. if you listen closely you can hear a soft chuckle. The church has restarted in person Sunday services, but with strict conditions and stringent precautions. Understandably, they are not allowing the chess club - or any other outside group - to meet until further notice. Who knows when that might be.

Incredibly the New York Times reports that other countries used and are using a pandemic playbook that was designed by the U.S. CDC under Presidents Bush and Obama to combat the coronavirus. The title of the opinion piece (dated:10/29/2020) by Sanya Dosani, Alexander Stockton, and Adam Westbrook  is: " How America Helped Defeat the Coronavirus* " The asterisk is for "Just not in the United States". I and I'm sure many U.S. citizens, after reading the article, are thinking "if only...". 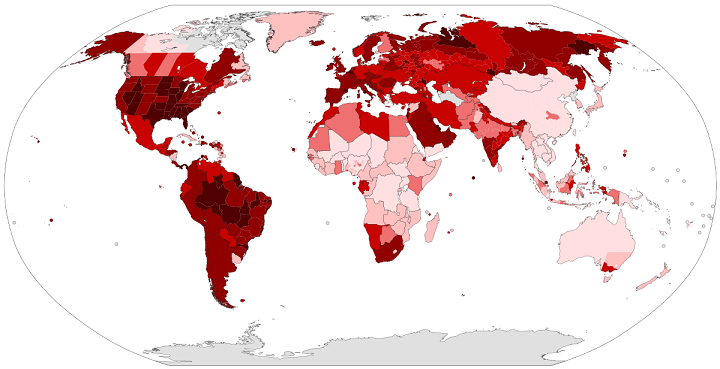 The pandemic has spread worldwide. Not so bad in some places. Real bad in others. (an undated Image)

For this report I asked the DCC board members and others to write or comment on the following topics. I didn't receive a single reply. This was not unexpected, but was nevertheless disappointing. So I'm left to answer my own questions. I can't tell you how much I would rather be reporting on who won what in the most recent DCC tournament. Unfortunately, due to you know what, the DCC has not had any recent tournaments.

1) What does the DCC mean to you? For me mainly it was having something to do. Plus have a rating goal to strive for, and a chance to win some pocket money. Also, of course to meet up with friends and rivals over the chess board on Tuesday nights.

2) Online chess compared to OTB chess. Frankly I'm getting a little tired of playing online. The intensity is just not there. In my correspondence games I find myself just making a move and clicking to the next game. More or less playing blitz one move at a time. 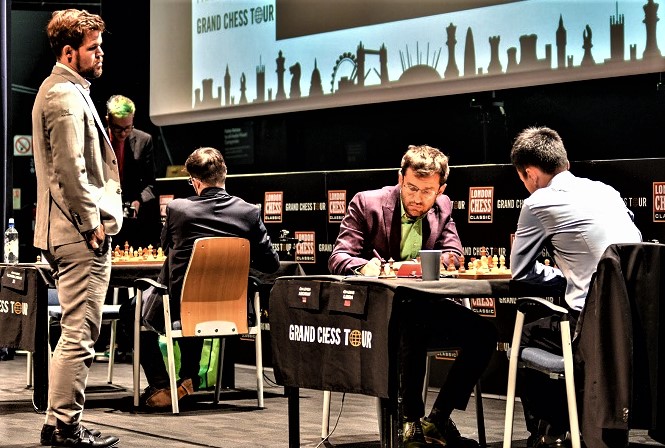 The difference in the level of chess these guys play and my game is also an abyss :-)

3) Effect of the pandemic on chess. I enjoyed following International GM tournaments. Reading or listening to the commentary and analysis of the top players' games. There is still some of that but mostly from online blitz and rapid games.

4) Effect of the pandemic on you personally. Being retired and - knock on wood - still in good health, the pandemic has not affected me personally. Nor have I heard of anyone from the DCC being stricken. But it sure as hell continues to affect many hundreds of thousands of people across the United States and around the world. 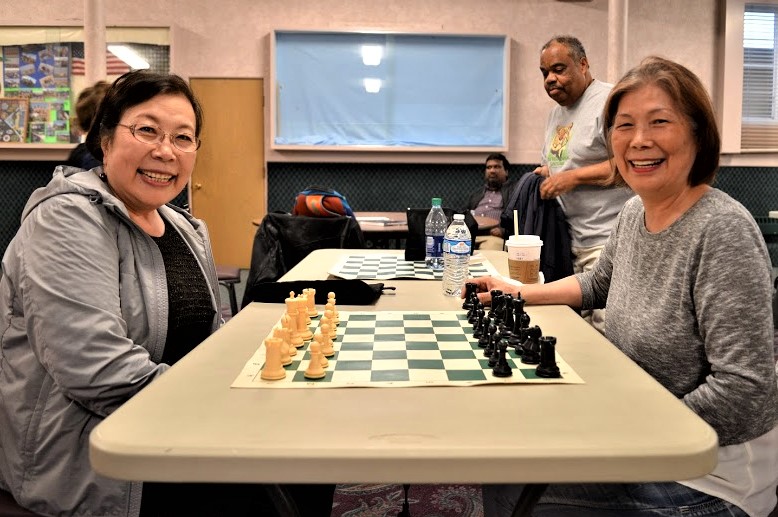 A few of the casual platers we had at the DCC. Chess is a game for everyone.

6) Social aspect of the DCC. I am socially awkward but I did enjoy meeting and greeting new players to the DCC. And always I was glad to see 60 to 70 players, along with several chess parents and casual players in the room before the round started. Socially interacting as they waited for the pairings to be posted.

7) Anything else you would like to say. Here is where I would be tempted to get political and air my opinion of the current Executive branch of our government and the hypocritical Republican Senate. But I'm only going to say: Vote. It's our only power. 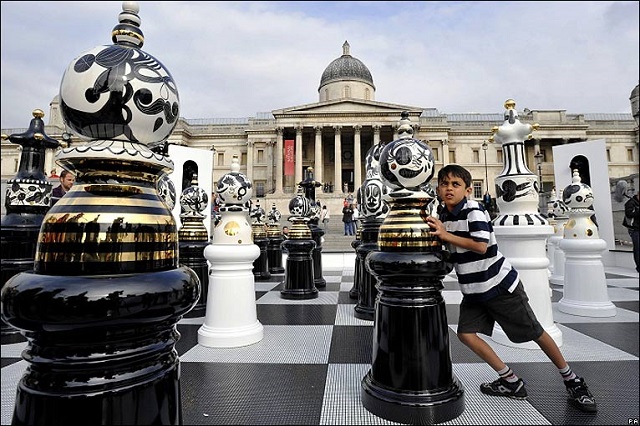 "I want to play indoors with pieces I can move" :-)

We'll start out the Games Section with a couple of Brian Wall's games from the latest Jesse Cohen's Summit School online tournament. I believe the DCC President tied for 1st in the tournament but not without some ups and downs.

1) Brian Wall vs. Griffin McConnell  After what Mr. Wall described as a "car wreck" game against Griffin's brother Sullivan, the Super GM played more like himself in this game. Do you see why 25...Bxb2 was a bad move?

2) Brian Wall vs. Paul Sevy  Paul is rated over a 1000 points less than Mr. Wall yet here we see the Super GM is down a whole Rook and was ready to resign if Black had played 34...Rxd2+. Instead Black played 34...Nd4+ and somehow White wins with a mate on move 71.

And a few games from Alayne Wilinsky's latest Lichess tournament

3) i3arraza (Alec Barraza) vs. v-trash  Gunnar Andersen continues his winning ways with another 1st place finish. Scoring 100 points in 27 games while brezerking nearly every game, and finishing with a performance rating of 2415. In this position Black had blown up the White kingside with his h-pawn and now has a mate in 2.

4) de_grave_digger (Kevin Seidler) vs. Izzrayizzix (Chris Peterson) Mr. Peterson finished in 2nd place with 67 points from 21 games and a performance rating of 2404. Brezerking only about half his games. In this position, after 22. Bd4-e3, how does Black win another pawn?

5) de_grave_digger vs. Termenoil (Rhett Langseth) Mr. Seidler finished in 3rd place by scoring 64 points while brezerking every single game. His  performance rating from 27 games was 2316. Here after 16...h6 Mr. Seidler begins a beautiful slashing attack. What would you play in this position to begin a kingside assault?

6) SunBear96 (Charlie Flaxbeard)  vs. Czechmate (John Brezina) Mr. Flaxbeard won the U1900 prize with 19 points. He played an astounding 29 games. Berserking only 17% of them. In this position Black is a Rook up and plays possibly the only move that losses. What did Mr. Brezina play to lose? I'm sure the clock was a factor. Or a mouse slip. Or a faulty pre move.
7) floatingwater (Justin Dounce) vs. liencam2 (J.C. MacNeil)  Here I had just played 16...f4, and it went downhill pretty quick. What did I overlook?

8) PseudoQuasi (Alayne Wilinsky) vs. floatingwater  Nothing against Mr. Dounce, but I was glad to see Alayne avenge me with this game. Black had sacrificed an exchange on f3. The pawn recapture attacked a Knight which Black retreated by playing 25...Ng4-e5. Why was that not the best retreat?

Thanks to all for your patience. We are all hoping someday to play live OTB chess again,