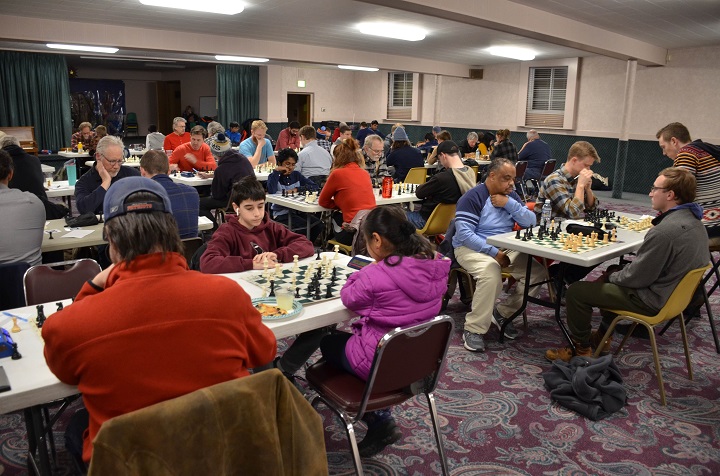 "Now half the world is wearing masks to avoid the body heap of Covid dead, while the other half thinks Corona is a hoax."

I had hoped to be announcing with this report that the DCC was ready to resume the Tuesday night games in September. Alas, instead it seems unlikely that we will even be playing over the board chess in October. I remember writing in an earlier report something like "I sure hope this doesn't go into June". Now I have to say I sure hope this doesn't go into next year. The church administration has sent us a letter stating:

"Due to Denver County COVID regulations and the advisement of our Reopening Task Force, we will not have any groups (internal ministries or external organizations) meet inside the building through at least this fall. If you are finding yourself in need of a gathering place, we will allow small, outdoor meetings as long as weather permits. You are welcome to use the church grounds but must supply your own furniture and supplies. Building access will be extremely limited.   We understand what it looks like to have to get creative in these trying times and it’s difficult to see our building so empty all of the time. We hope that in the coming months things change for the better. We will reassess towards the end of fall and will continue to update you as things change" - Hope Fellowship CRC administration. 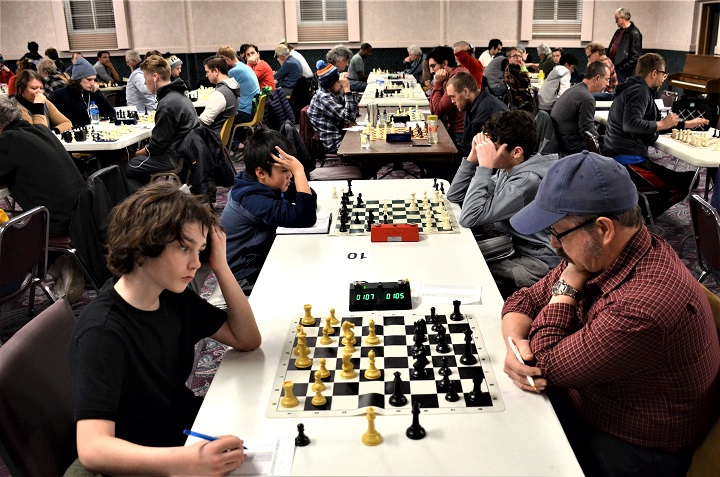 Tuesday night at the DCC was a thriving...

Reading between the lines, it does indeed seem that we might not be playing chess in person till sometime next year. I absolutely understand and respect the stance the church is taking on this issue. We can only return when COVID-19 is no longer a life threatening danger and the church administration invites us back. The Hope Fellowship church is the best location the DCC has ever had, and we want to remain in their good graces. As for using the church grounds; Colorado weather is usually not too bad in September and October. So I guess we could play outdoors in the church parking lot on Tuesday nights and just require everyone to bring their own chair and a flashlight, and if at least half the players also brought a table along with a chess set and a clock we'd be all set :-) 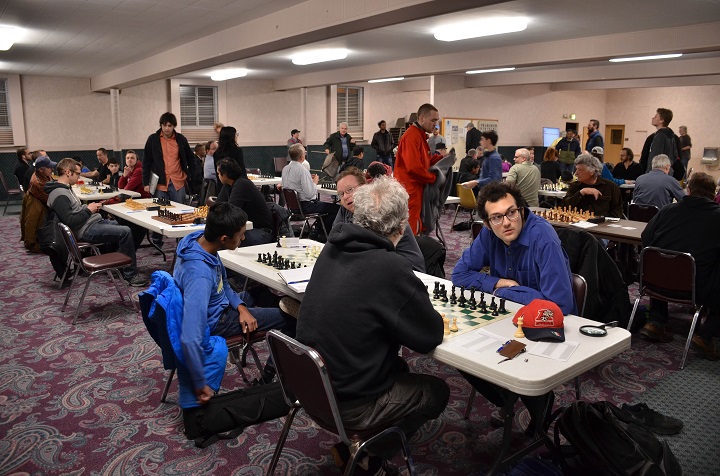 Or we could move the DCC to Canada or some other country that already has the virus under control. So all DCC members get your passport updated and be prepared to travel on Tuesdays. Oh wait, I forgot other countries are not allowing Americans to cross their borders. So much for that idea. Joking aside, we are all in this together and all we can do is wait it out. 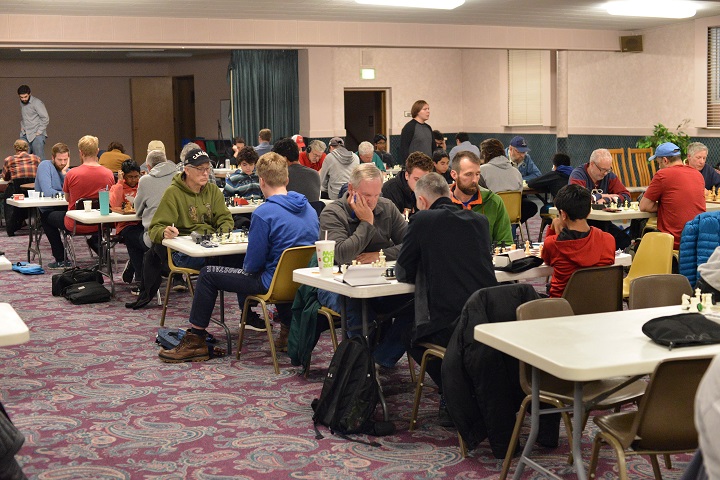 I believe the CSCA originally planned to have the annual Labor Day weekend Colorado Open live and in person, but sensibly did not want to risk spreading the coronavirus. Then the plan to have the premier Colorado chess event online was abandoned when concerns about online cheating arose. They now plan to have the 2020 Colorado Covid Open online. Free entry, some slow time control and only a Chess.com rating.

I really like online blitz chess and correspondence games to pass time or to pretend I'm improving my game, but I am not going to sit alone in front of a computer screen for 3-4 hours to play one game. Let alone spend a whole 3 day weekend to play a 5 round tournament for no prize money and no USCF rating points. I'm sure other players feel the same way. Online chat or Zoom is not at all the same as meeting your friends in the hallway or for lunch between rounds at a real tournament. 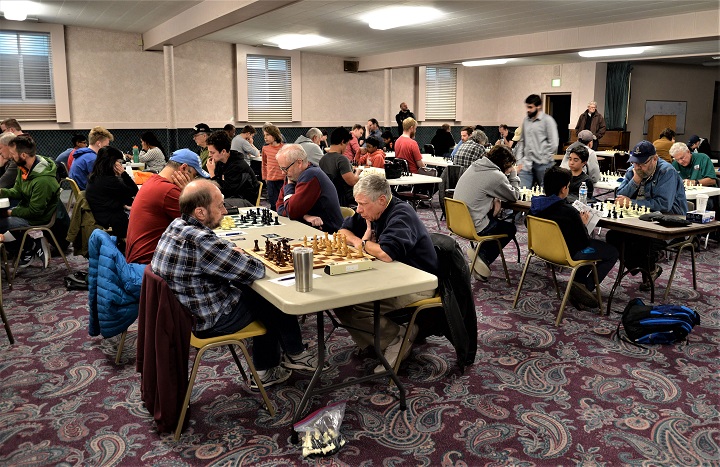 ...be enjoyed by many chess players.

The DCC had been kicking around the idea of the annual DCC Fall Classic being held outdoors in October, but due to uncertainty about the weather, the virus, and other factors, that idea is pretty much kaput. We were also thinking about limiting the number of players and having the tournament at a hotel. But the hotel would also require that we follow Denver County COVID regulations - wearing masks and maintaining a 6-foot distance between players and tables. If players were to be less than 6 foot apart, plexiglass shields would be required. The plexiglass shields would have to be custom made and would make moving the pieces and using the clock awkward, to say the least. So the 2020 DCC Fall classic is not going to happen. We are holding out hope that we can have a "new normal" Tribute to Martin Luther King tournament in January. 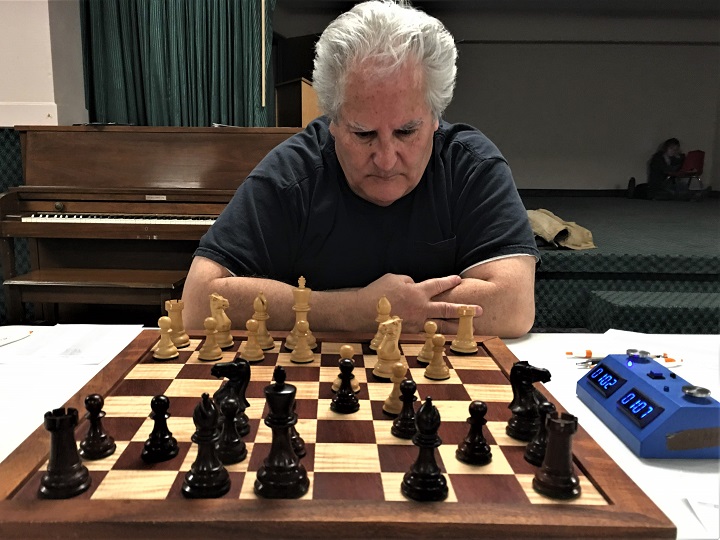 I asked the DCC President. the one and only Brian Wall, for his thoughts on the state of over the board chess. Paraphrasing his reply: "2020, what a year. A deadly epidemic was unleashed on the world in late January.  By March the schools are closed, I am out of a job and I had to shut down the Denver Chess Club. Now half the world is wearing masks to avoid the body heap of Covid dead, while the other half thinks Corona is a hoax."

"Radjabov refuses to play in the Candidates due to Covid. MVL replaces Teimor, the Candidates are stopped halfway due to Covid travel restrictions anyway. Our Super Champion Magnus Carlsen starts some incredible online tournaments. Bringing back some chess legends. His final match against Nakamura was epic. ending with a $60,000 Armageddon game. The Olympics go online. All of Chess goes online. Finally a few chess tournaments and poker games start using plexiglass shields to have live in person tournaments." 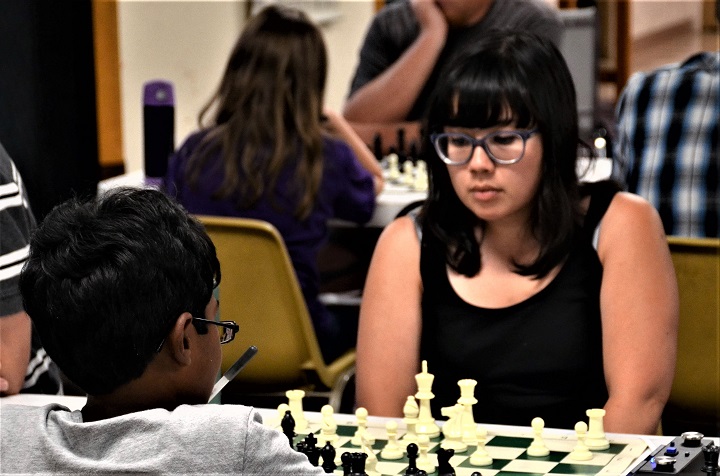 "In Colorado we can play Sunday night online with Paul Anderson's Colorado Springs group on chess.com. Contact Paul  - Tuesday night is Alayne Wilinsky's DCC online tournament on lichess.org.  - There is a new online tournament States Chess Cup where a Colorado team of 4 with an average rating of <U2200 can play other states team of 4. 15 minute + 2 second increment games on Tuesday, Wednesday or Thursday." - Brian Wall. Contact Brian for more information about the States Chess Cup. 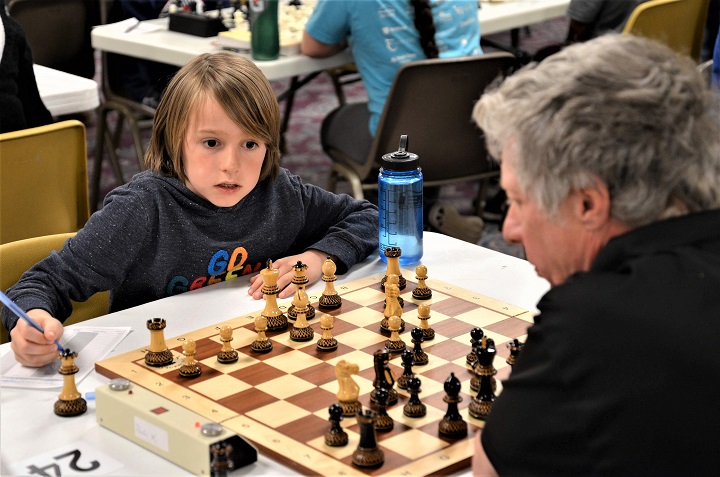 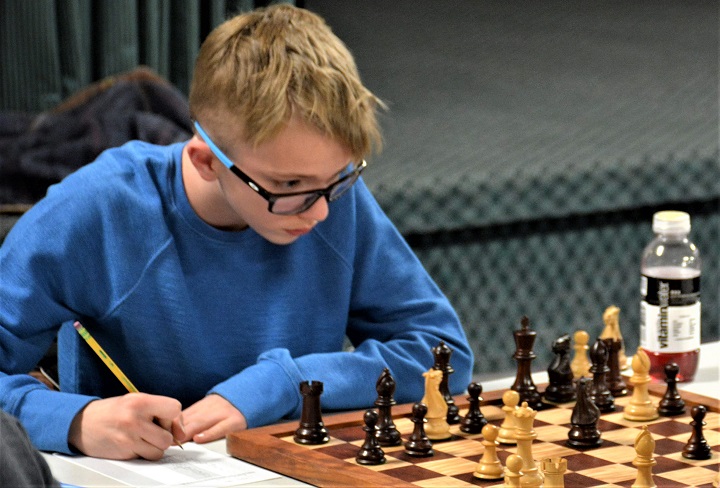 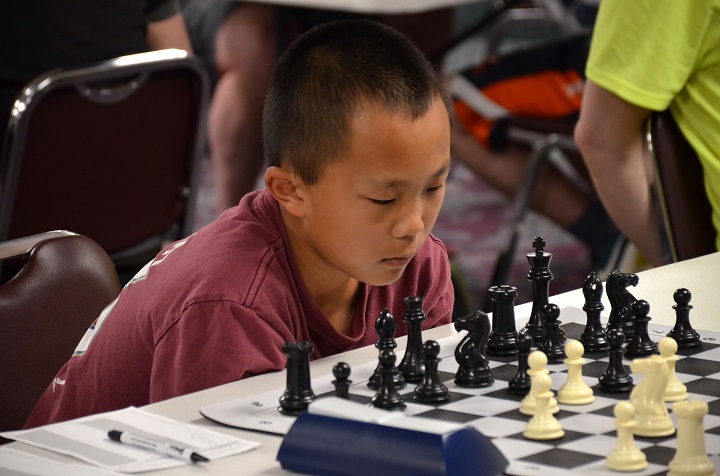 This is a trying time for us all. I feel especially bad for all the DCC Tuesday night kids that we had playing. Not only are they having to deal with the stress of regular school disruption due to the coronavirus, but they also don't have the relief and enjoyment of a Tuesday night chess game. I can't imagine what the school situation is like for their parents. 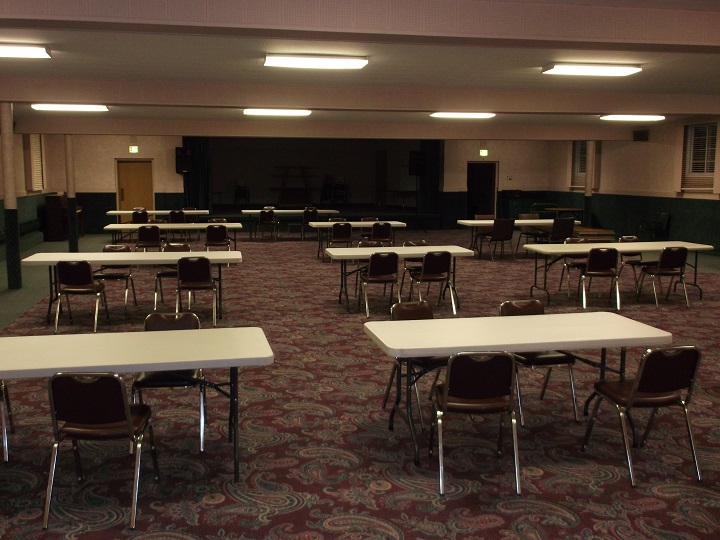 Looks sad, doesn't it?  It says here we shall return.

The heading photograph and all other pictures (except this last one) were taken by John Brezina at past DCC Tuesday night tournament games.

The Games Section is from the most recent DCC on Lichess tournament.
1st Place v-trash (Gunnar Andersen) played 24 games and scored 94 points. His performance rating was 2468. In comparison, 2nd place CamelClutcher (Daniel Herman) played 22 games and scored 46 points with a performance rating of 2298. For tips on how to score well in these arena style blitz chess tournaments see Mr. Andersen's outstanding DCC report

1) shtivelband (NM Richard Shtivelband) vs. v-trash .  NM Andersen drops a game so rarely I thought I'd show one of his only 2 losses in this tournament. In this position he played 27...b6. Overlooking??  The other loss came from dropping his Queen early in his game against SunBear96. It's heartening to know that even the Colorado Superstar of blitz chess sometimes just drops a piece.

In 6th place was yours truly. I played 18 games and had a performance rating of 2082. I really do wish I could be more consistent and play like this all the time. I hope y'all don't mind me tooting my own horn :-)

2) liencam2 vs. CrapSalad   Everybody gets lucky in blitz chess. In this position Black played 35...Qb6. What did he overlook?

4) Czechmate1972 vs. liencam2   Black wins a piece or it's mate. I think these 2 games make my score against Mr. Brezina something like 2-50

6) CamelClutcher vs. liencam2   I played CamelClutcher 3 times in this tournament and it was pretty much a relentless attack by the CamelClutcher in all 3 games. How does he win a piece in the position?

7) Termenoil (Rhett Langseth) vs. CamelClutcher   Rhett is another player who consistently finishes in the top 3 and thus makes a little spending money. Here after 28...Kg7-h7 Mr. Langseth begins a winning attack. What would you play as White to begin the attack?