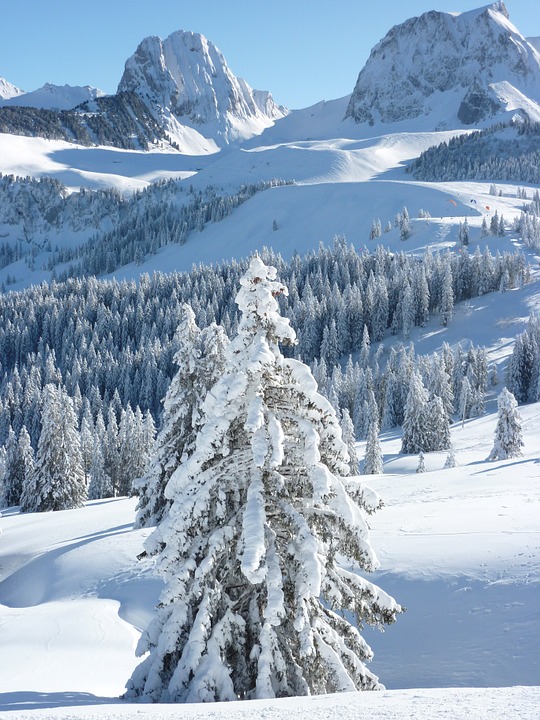 ...and we would like to hear criticism, encouragement, or other ideas for what you would like at what could be the biggest and best tournament ever in Colorado.

Hard to say if we were correct in canceling the last round of the October tournament due to inclement weather. We did have 4 complete rounds so it was more or less a normal monthly tournament. The forecast was for snow all day and into the evening along with freezing cold temperatures. So, of course, there was not as much snow and not as cold as predicted. But still nasty weather and bad driving conditions. I think for the rest of the winter unless it's a full on blizzard, we'll just go ahead and play the round. Maybe :-) 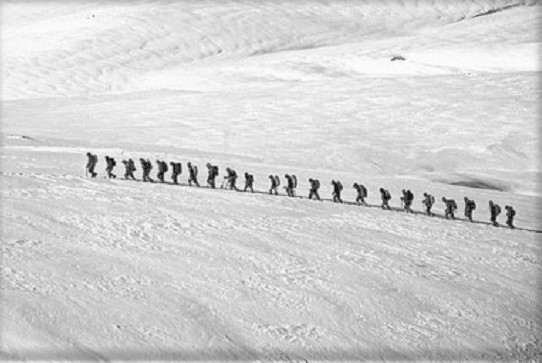 So there we were, nearly to the club, and they told us the last round was canceled :-) 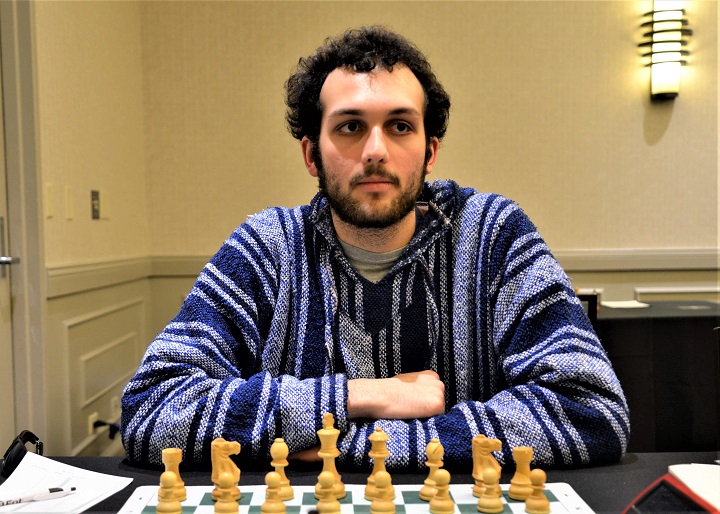 Gunnar Andersen at the board in the 2019 Denver Open Championship section.

Then for the last Tuesday of January (1/28), we have a special event planned. Gunnar Andersen has kindly offered to do a simul to help raise money for the 2020 Denver Open. Gunnar will take on all comers and donate all entry fees towards the awesome Denver Open we have planned for 2020. While Mr. Andersen does not yet have an International Master title, everyone knows that he plays at that level. For players not wishing to play in the simul, we will have a rated Blitz or Quick tournament on the side. 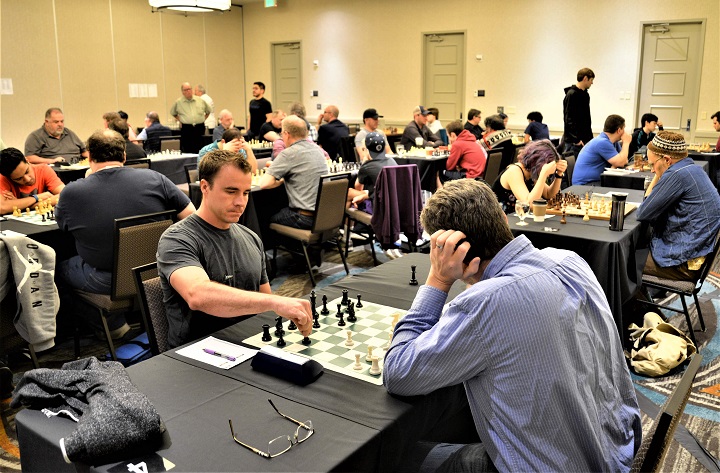 We will definitely have better spectator access to the Championship section in the 2020 Denver Open.

Speaking of the 2020 Denver Open, please review our plans and tell any DCC board member what you think, either in person or by email. See Club Info for contact information. We are once again going out on a financial limb to build on what we accomplished this year, and we would like to hear criticism, encouragement, or other ideas for what you would like at what could be the biggest and best tournament ever in Colorado. If you would like to make a monetary donation to help offset tournament expenses or to sponsor a favorite GM or IM, contact the DCC Treasurer, Meint Olthof, or the CSCA Vice President, Kevin McConnell, and Thank You. 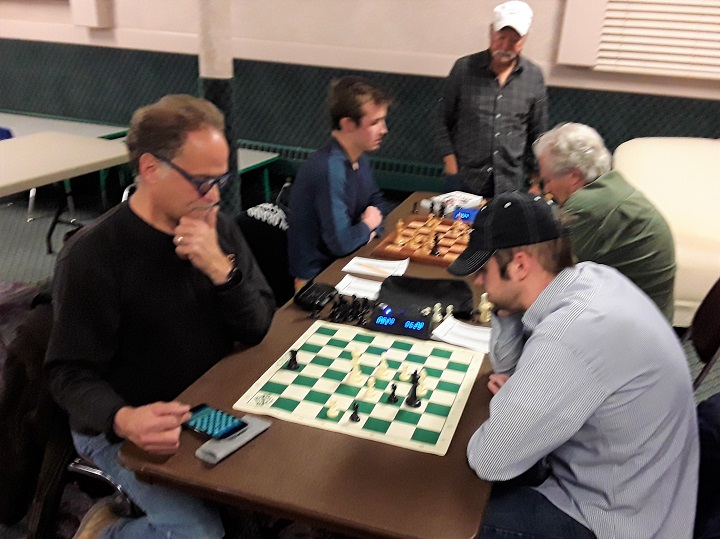 On with the October report. [Note: The prize amounts previously listed were wrong and have now been corrected. The previous prize amounts were 40% too high. The DCC Treasurer choose to reduce the pay out by only 20% due to it being our mistake.] In the Premier section, Brian Wall really wanted to go 5 - 0 with a round 5 win against Richard Shtivelband, but Richard may have had something to say about that. Brian was probably secretly glad the round got snowed out :-) Mr. Wall ended up in clear 1st place with the only 4 point score and won 150 dollars. (see diagrams #1 thru #4 below) Let me say the DCC and I are really glad to have Mr. Shtivelband back on Tuesday nights. 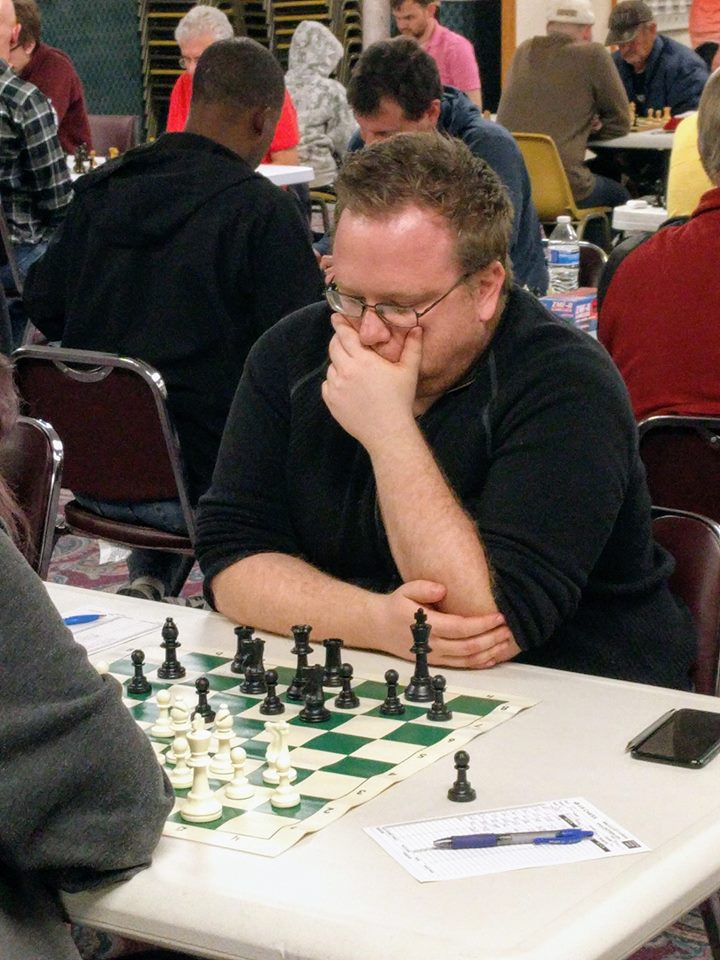 Richard Shtivelband in his thinking position.

Richard finished in 2nd place with 3 points, but that included 2 byes. Since DCC policy is only one bye counts towards prize money, Mr. Shtivelband ends up sharing the 144 dollar combined 2nd and 3rd place prize with Kevin Seidler, Dean Clow, and Mark Krowczyk. Of these players, Mr. Krowczyk undoubtedly had to work the hardest to earn his share of the prize. Proven by his big upset wins against both Neil Bhavikatti and Mr. Seidler. A young tactical wizard, Davin Yin, won the actual 20 dollar Premier Upset prize for his win against hard to beat, Jesse Hester. 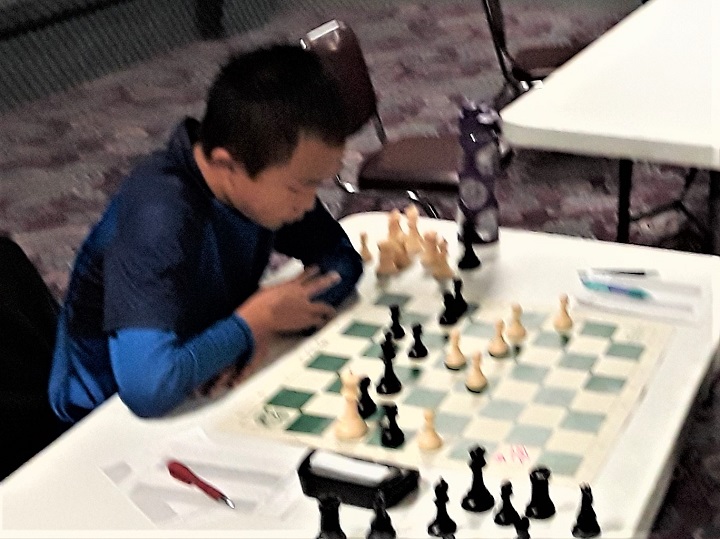 A fine blurry photo of Davin Yin winning the Upset prize from this pawn ending position.

Phil Brown is winning all his games lately. (diagrams #5 and #6) He tied for 1st place in the DCC Fall Classic, and here takes 1st place in the U1900 section with a 4 point score. Which includes a nice round 4 upset win over Ted Doykos. Mr. Brown wins 135 dollars for his fine play. John Brezina and Andrew Eskenazi (diagrams #9 and #10) each finished with 3 points and share the combined 2nd and 3rd place prize of 140 dollars. 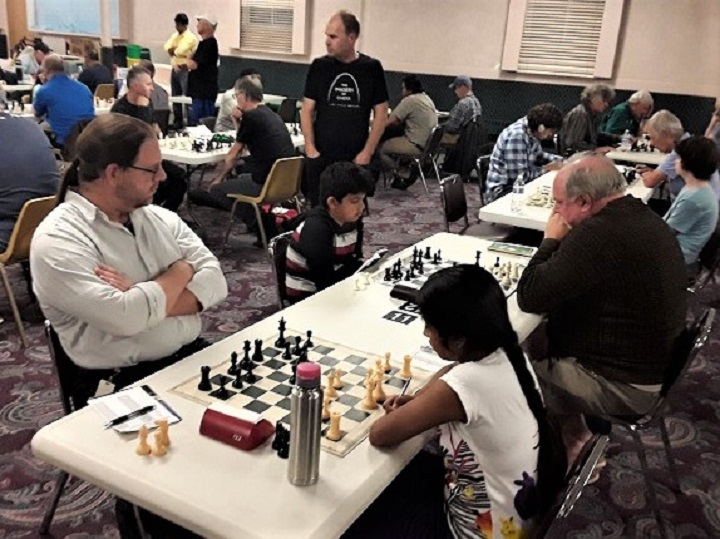 Abhinav Krishna had two huge upset wins. His 611 point rating difference win in his game with Micheal Igoe wins 20 dollars for the youngster. I should mention that Brian Ledsworth did not play round 4, but if he had he may well have shared a place prize considering his 2.5 points were all upsets, including a big round 3 win against yours truly. I'm shedding rating points like a dog sheds water :-) All of Paul Kullback's 2.5 points were also upsets. 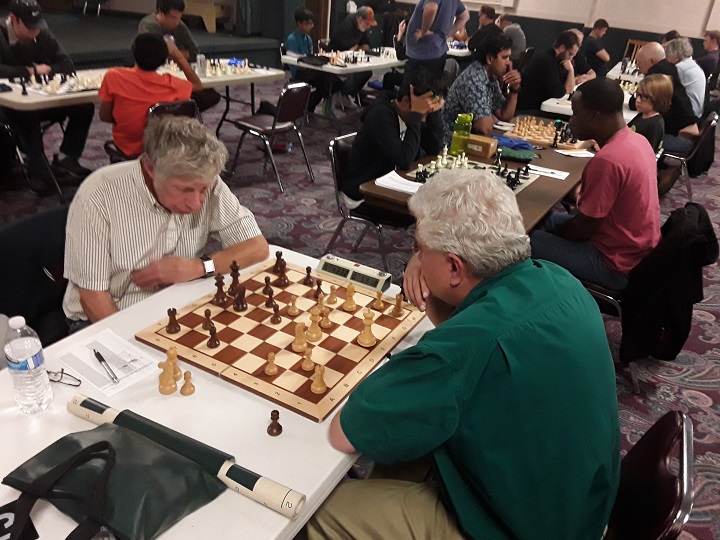 Paul Kullback with the Black pieces is playing Randolph Schine. They, along with Bill O'Neil - in the red shirt - have been playing on Tuesday nights at the DCC forever.

In the U1500 section, Kumaran Lenin and Vyacheslav Pupko share the combined 1st and 2nd place prize of 210 dollars for their 3.5 final scores. And again we see the winners with upset points. All of Mr. Pupko's points were, and Kumaran had a sweet 289 point round 3 win against Roger Morris. Long time DCC member, Mark Fischer, and Michael McNamara share the 3rd place prize of 54 dollars with 3 point final scores. Saanvi Annaji, who I think is like 6 years old, wins the 20 dollar U1500 Upset prize for her 468 point rating difference win over Elijah Warwick in round 1.

Congratulations to all the prize winners. It is clear from all the upset points scored that Tuesday night games at the DCC are highly competitive, and we like it that way :-) It is easy to tell the John Brezina photos used in this report. The blurry out of focus ones are mine.

Games Section: Starting out with the Premier section winner's games:

2a) The same game after Black has played 27... Nf6-g8, In fairness to Mr. Montgomery, Brian suggested I add this diagram. Saying all throughout the the game he was dreading Eamon's next move. In this position White played 28. Re6-e8. What move was Mr. Wall most fearing? See Brian's answer after the last diagram below. He also mentions an alternative at move 15, Before looking at Brian's comment what what would you play as White after 14...Nf6.

3) Brian Wall vs. Jesse Hester. Round 2. Pawn Wave Guy has 2 outside passed pawns, and there is no stopping them.

10) Bob Teitelbaum vs. Andrew Eskenazi. Round 1. Rooks have been traded off with 30. Kxe1. Who wins this interesting Knights against Bishops ending?

Brian Wall's comments on diagram 2a:

"Eamon sacced a piece which I thought was ridiculous."

"I did not defend very well, during the game I thought: