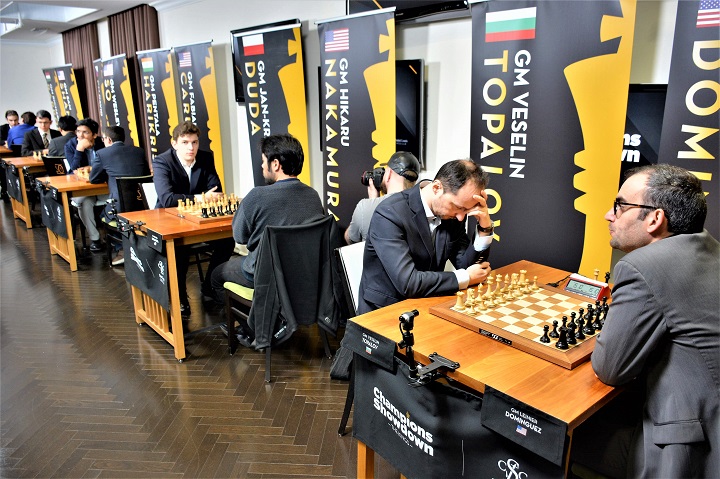 ... a once in a lifetime trip that every chess player should make.

Once again John Brezina attended a great St. Louis Chess Club tournament. This time accompanied by Kevin Seidler. We have the benefit of them both writing about their experience at the St. Louis Champions Showdown. Which was another interesting tournament format from the premier chess club in America. Mr. Brezina has again allowed me the privilege of selecting and captioning his photos from the event. The heading photo is the all-star lineup of players at this event.

See all of Mr. Brezina's photos from the tournament here: https://photos.app.goo.gl/vgiypcf2QSL5tD5V8 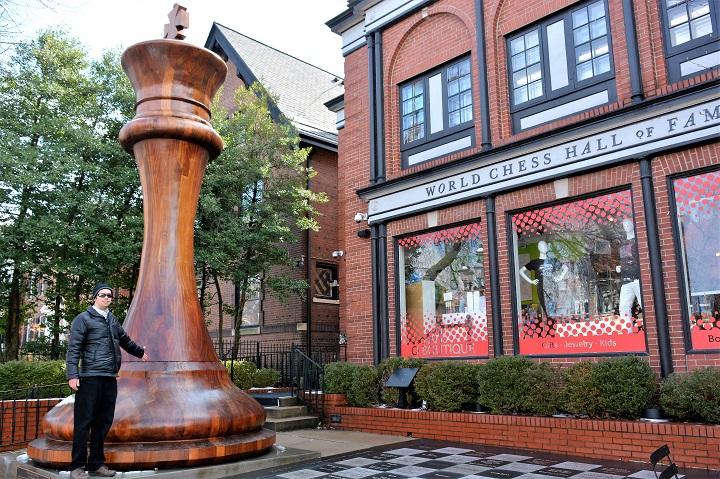 "Going to St. Louis, the chess capital of the United States, is a trip of about 840 miles. About 12 hours by car, or 2 hours by plane. It is a once in a lifetime trip that every chess player should make. When you get there, the first thing you see is the world's largest chess piece (verified by the Guinness book of world records). Right next to that piece is a large chess board where they also put out a big plastic set in the morning. For a donation of at least $1000, various individuals and organizations have their names on one of the 64 squares. The giant board and pieces sit in front of the Chess Hall of Fame. 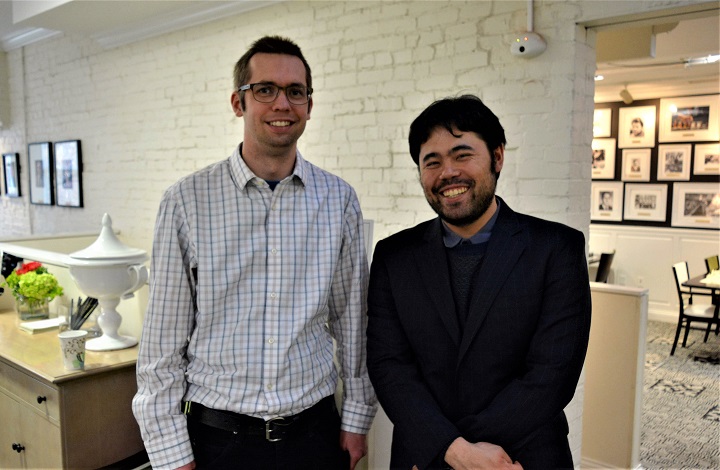 Mr. Seidler is quite pleased to be pictured with GM Hikaru Nakamura...

On the first floor is an art gallery, Currently showing, "Universal Turf" by Peter Manion. Also, a TV playing famous clips of Bobby Fischer including a skit done with Bob Hope. Plus a gift shop, with everything from chess books and shirts, to a 3-D chess set. Currently on the 2nd floor, is the Harry Benson exhibit. Photographs from a famous photographer which includes photos of Presidents mixed in with many photos of Bobby Fischer and even Magnus Carlsen. On the 3rd floor, we see the St. Louis Blitz and Rapid Trophy, the Sinquefield Cup, and a couple of chess sets made of crystal. Also, current photos of US players like Nakamura, Fabiano, Wesley So adorn the walls. 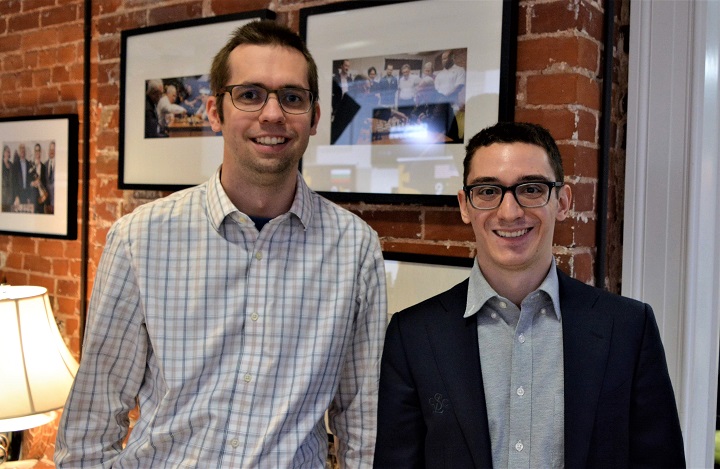 ... and with GM Fabiano Caruana

Across the street is the Kingside Diner, serving really good food. Decorated on the outside windows were a variety of silhouettes of chess pieces. A lot of famous people have gone there in the past, including Hollywood legend, Humprey Bogart. There is even a library of chess books that you can browse through. Right next door is, of course, the St. Louis Chess Club itself, connected by a door and sharing a common wall. 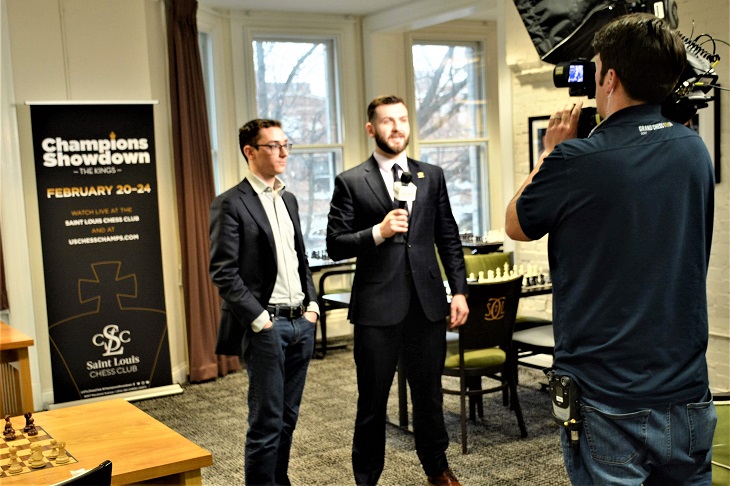 When you walk into the St. Louis chess club, what you might not realize is that there are 3 levels. On the lower floor from where you enter, is Spectrum studios where they do all the filming with the commentators such as Yassir Seirawan, Jennifer Shahade, Maurice Ashley, and Tatev Abrahamyan. Only staff and those working on the filming were permitted to this lower level. On the main level to the left is a library of chess books for sale. In front is a reception desk where at least 2 or 3 staff are on hand to greet the players or club members as they enter. One surprising thing was the tight security. If you wanted to watch the games upstairs, you had to turn in your cell phone, which was not allowed in the gaming area.

The list of players at the Champions Showdown - The Kings - included American players; Hikaru Nakamura, Fabiano Caruana, Wesley So, Leinier Dominguez, and Sam Shankland. Then we also had Jan-Krzyszt Duda of Poland, Pentala Harikrishna of India, David Navara of Czech Republic, Veselin Topalov of Bulgaria, and Richard Rapport of Hungary. 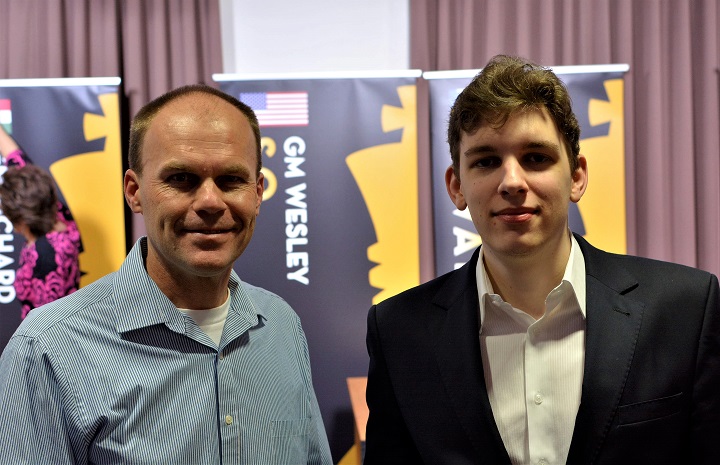 The matchups were: Nakamura vs. Duda, Caruana vs. Harikrishna, So vs. Navara, Dominguez vs. Topalov, and finally, Shankland vs. Rapport. There were several photographers including Colorado's own John Brezina, who were all trying to get great shots, especially right before and after the games. 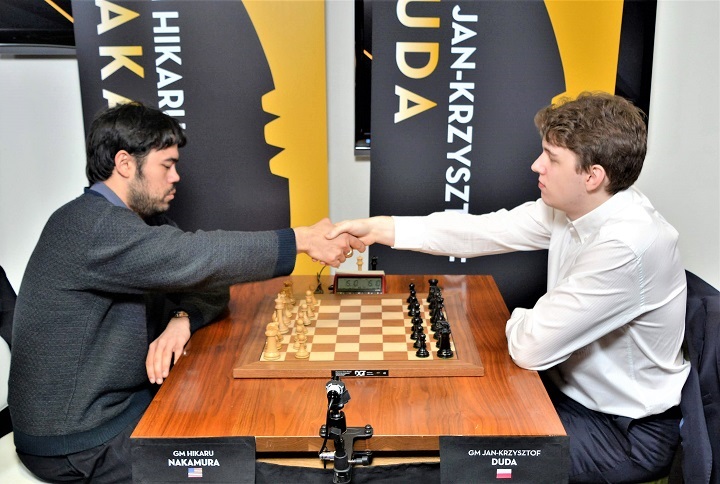 The handshake before the start of the game GM Nakamura vs. GM Duda... 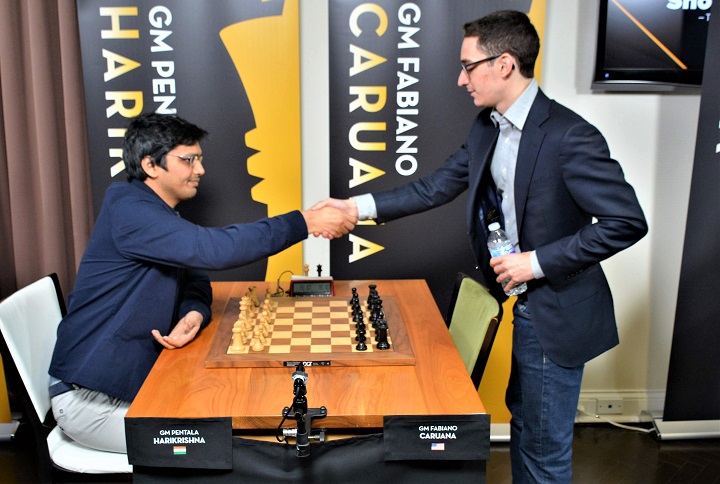 ...and before the start of the game GM Harikrishna and GM Caruana 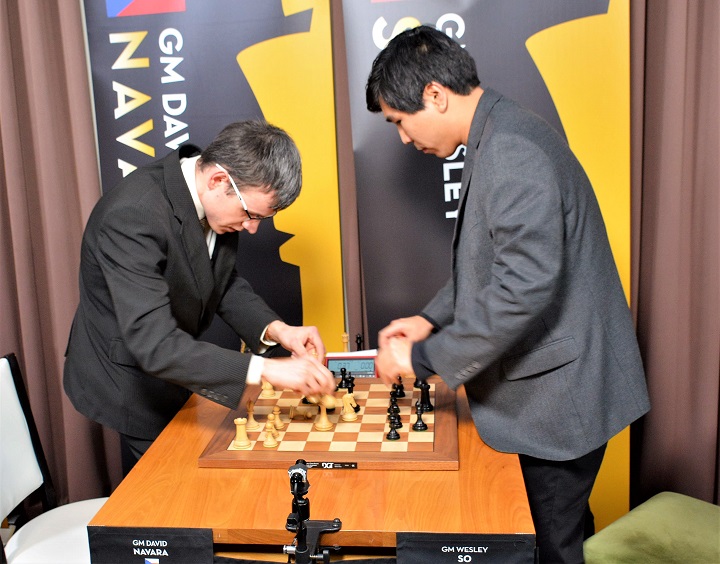 GM Navara and GM So are apparently helping the arbitrators by resetting the pieces. 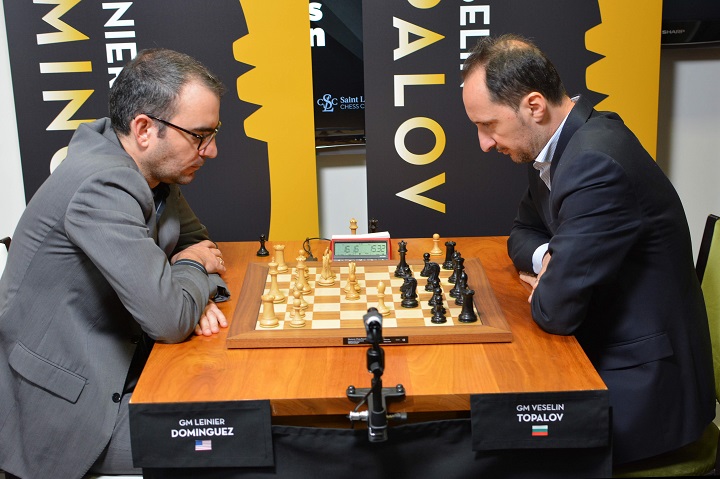 The game GM Dominguez vs. GM Topalov is in progress... 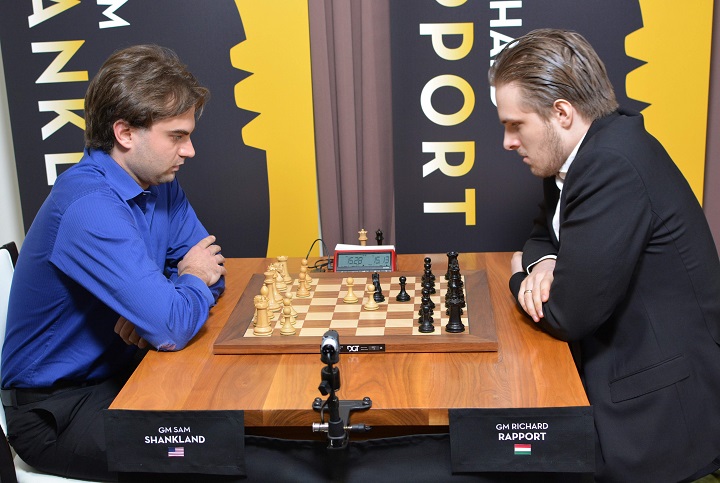 ... as is the game GM Shankland vs. GM Rapport 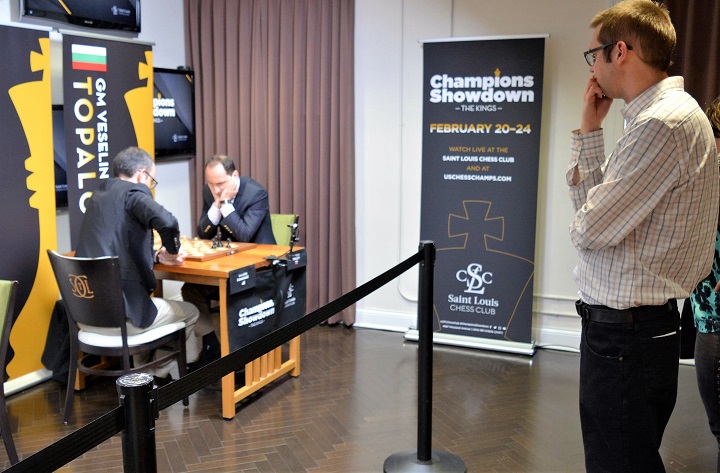 As for the games themselves, what was interesting was how quickly the players moved in the beginning, each seemed to either be prepared or really know their openings. Then it was fascinating how nervous some of the players always were. Shankland and Rapport, who also were playing each other, always seemed to have a lot of nervous energy. Caruana and Harikrishna quite the opposite, Caruana was almost impossible to read any kind of emotion from. Dominguez seemed to play well even when very low on time, several times getting down to just a few seconds before making his move. The games were intense, the playing room so silent except for the sound of the clock and pieces moving. 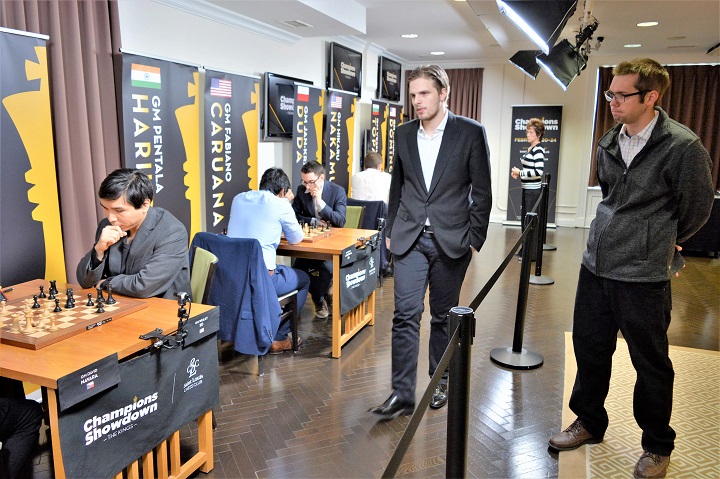 Overall, it was quite an experience to be that close to some of the top players in the world. Literally within 5 feet of them while they played. Then also, they walk right past you when you're in the spectator area. Most of the players seemed very preoccupied with their match, after all, it was big money. At the same time, it was interesting how down-to-earth a lot of them were. Kind enough to snap a photo or shake your hand. There wasn't much time for conversation because the break time between rounds was short. Sometimes they also had live brief interviews with each of the players. The tension within the room was definitely palpable, with two arbitrators keeping constant watch over the games. Again this is a wonderful experience. It feels like a chess theme park."

"Back to St. Louis for a Winterfest of wild and wonderful chess! The Champions Showdown returns in late Winter, instead of the usual Fall, due to a busy chess schedule this year. America's five best players would each play a match with world class players consisting of 12 Rapid games and a blistering 24 Blitz games. New faces to St. Louis this year included GM Jan-Krzysztof Duda of Poland, GM Pentala Harikrishna of India, and Richard Rapport of Hungary. 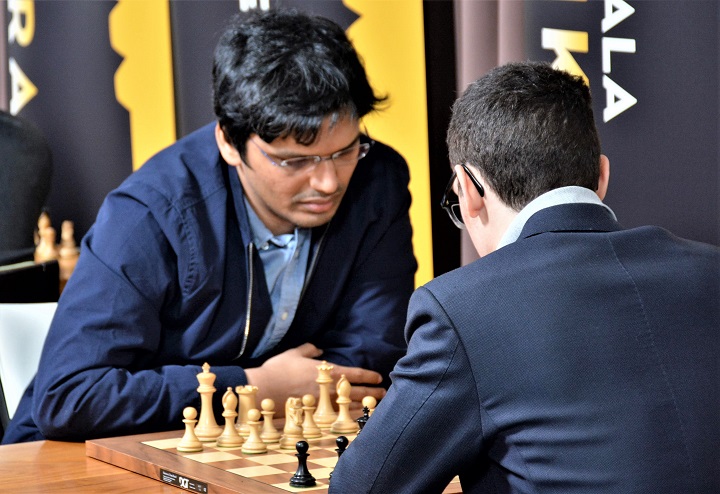 A great shot of GM Harikrishna in deep think mode.

Also new to St. Louis this year was our very own Colorado Candidate Master, Kevin Seidler. I extended a last minute invitation for Kevin to visit the chess capital of the US and watch some world class chess. In addition to watching rounds 1-8 of the Rapids, we were able to meet some of the players, tour the club, see the World Chess Hall of Fame, play a little chess and ping pong, then finish with some great BBQ. Many of you know Kevin as he has been a longtime DCC patron as well as a chess teacher.

The first matchup of Hikaru Nakamura and Jan Duda would provide the most exciting games. The young Duda, coming off a strong performance at the World Rapid & Blitz championships, would meet his match in St. Louis. Naka would handily win the Rapids and then easily cruise through the Blitz match. 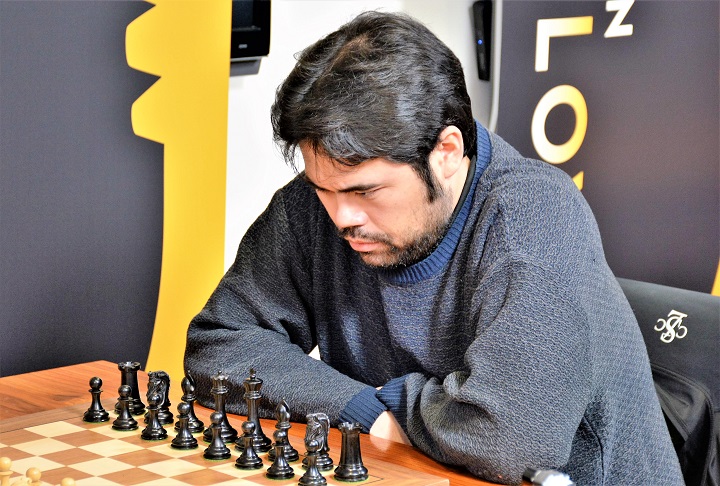 World Champion challenger Fabiano Caruana would play Pentala Harikrishna in what turned out to be the most one-sided match of the bunch. Perhaps motivated after the Rapid games with Magnus Carlsen in London, he outplayed his Indian opponent by a four to one margin in Rapids and nearly the same in Blitz. Both players showed much calm and little emotion over the board. 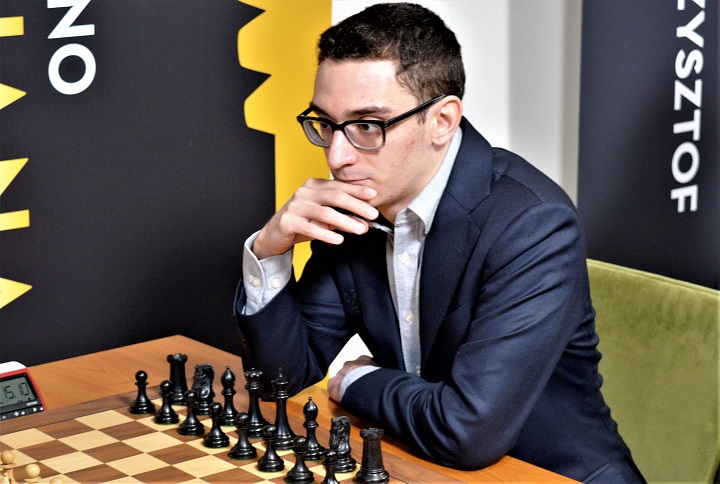 US number three rated, Wesley So would defeat the ever friendly Czech David Navara in the Rapid portion by a two to one margin. And then in the Blitz match, much to my surprise, Navara would equal the score 12-12 with very strong blitz play. But, since the scores were combined, Wesley won the match. 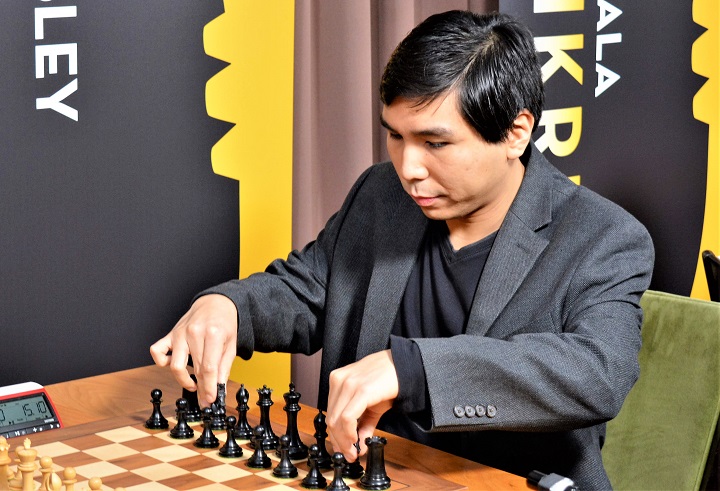 Sam Shankland, the US Champion who has been playing quite well recently, seemed a bit out of form against Richard Rapport. Having a rough start especially in the Rapid portion, but making the Blitz a closer race. Both were enjoyable to watch not only at their play, but the emotions showed at the board. 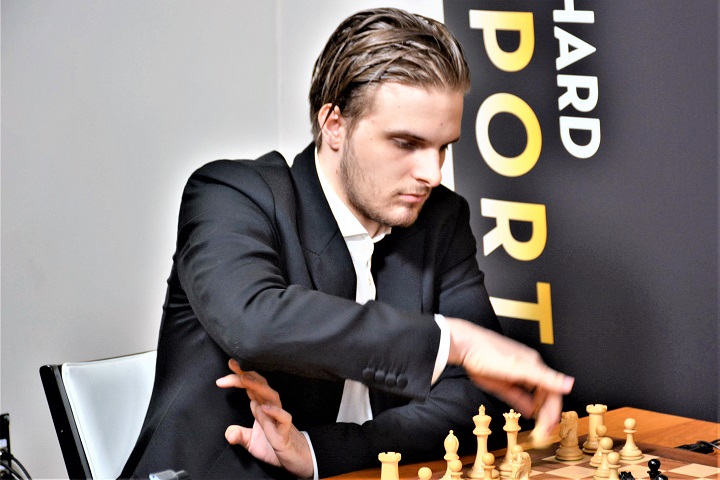 And what turned out to be the most evenly matched players, Veselin Topolav would just beat out Leinier Dominguez. Winning the Rapid portion but falling short in the Blitz. GM Dominguez is well known for his blitz skills and he will be interesting to watch this year. He has switched his Federation from Cuba to the United States. 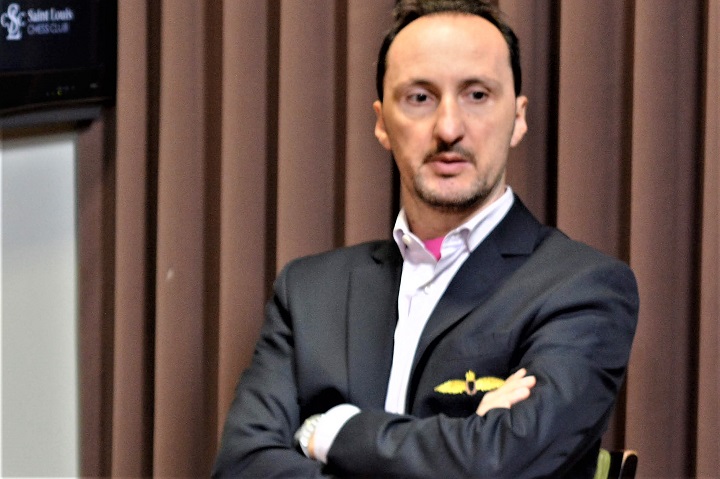 It is shaping up to be an exciting year for chess. With Candidates qualifiers and an expanded Grand Chess Tour. Not only new cities but more wildcard slots will allow new faces to compete in the tour. The American players will be exciting to follow as there is a very strong chance we will see another US player compete for the World Championship crown next year.

So keep playing and growing our beloved game. Thanks again to JC MacNeil for his tireless devotion to the DCC. And also to all the volunteers that help run chess clubs around the country. Please give a little thank you the next time you sit down to play.

Lastly, I was thrilled to run into many old friends at the St. Louis Club. Especially Rick, whose picture adorns the cover of my photo book. He was thrilled to see his picture on the cover and was a celebrity around the club for a day! Until next time..." 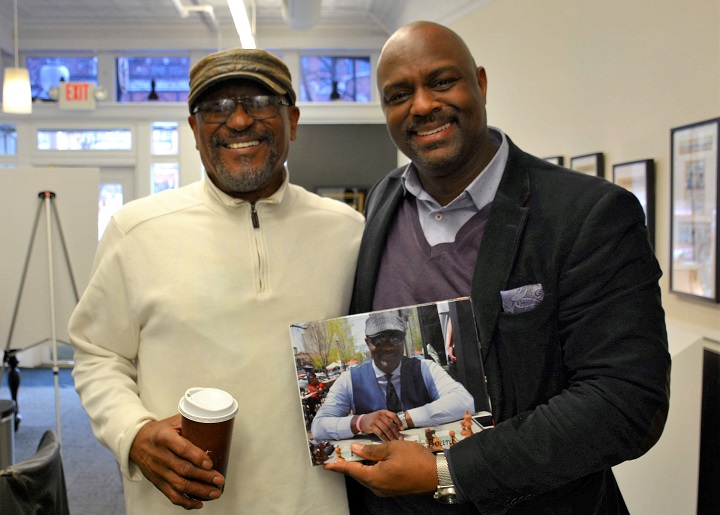 The photo book that Mr. Brezina mentions is awesome. It is a collection of not only local Colorado players but also International stars. Assembled in an interesting hodgepodge way. The copy he kindly donated to the DCC has received rave reviews. If you would like a copy for yourself, contact Mr. Brezina at skibrezina@gmail.com

Many thanks to both Kevin Seidler and John Brezina. I know I enjoyed this report from St. Louis, and i'm sure many others will also. All the pictures almost makes it seem like we were there too :-)