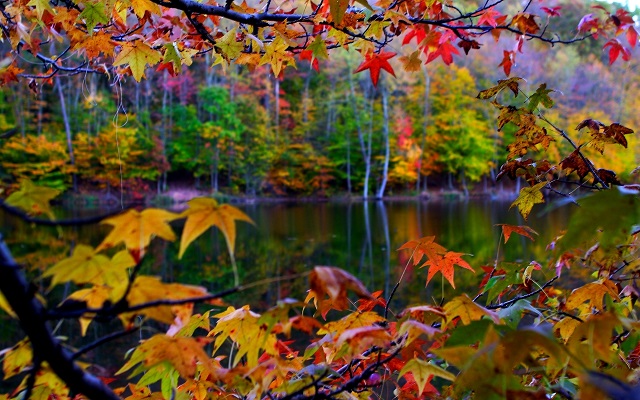 First to get the idea, to realize there is a possibility in the position, then calculate the tactics to make the idea work is what chess is all about.

The Denver Chess Club Fall Classic was a great tournament, with a total of 84 players taking part. I really do like to start out these reports without having to complain about attendance. I am also glad that due to the great deal we had with the Hilton Garden Inn, the DCC, for once, did not lose money on a weekend tournament. Many thanks to Ann Davies and Brian Wall for finding this location for us. 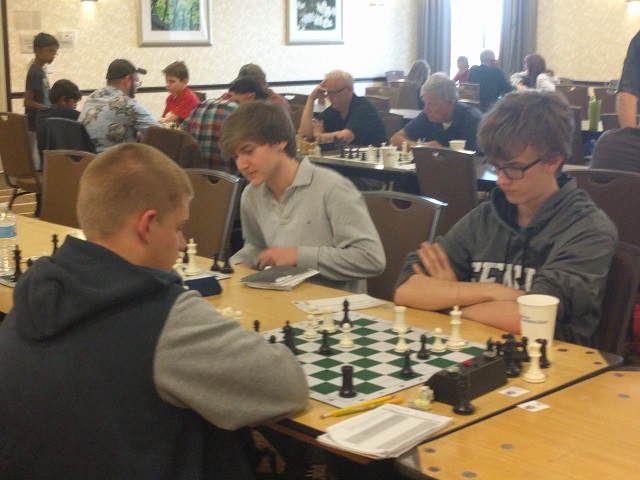 Young players at the board, not on the phone :-)

I would like to mention that lately there seems to be more young players, both male and female, at Colorado tournaments. Out of the 84 players at this tournament, at least 15 of them were teenagers or younger. I consider this to be a very good sign that interest in chess is growing in the United States. Anything that pulls teenagers away from their phone has got to be a good thing :-)

Let me just mention Sheena Zeng, a young girl already rated 1883, who came all the way from Kansas to play in this tournament. I would be remiss if I did not give credit and thanks to the parents who support the enthusiasm their children have for playing the ancient game of chess.

We were also pleased to have a special guest at this tournament. IM Bunmi Olape from Nigeria was in Aurora, I believe visiting former CSCA President Obi Ikeako. Mr. Olape contacted Dean Clow and said he was interested in playing in this tournament. All he wanted was a free entry. We immediately said, of course, sure, no problem, we are glad to have you. 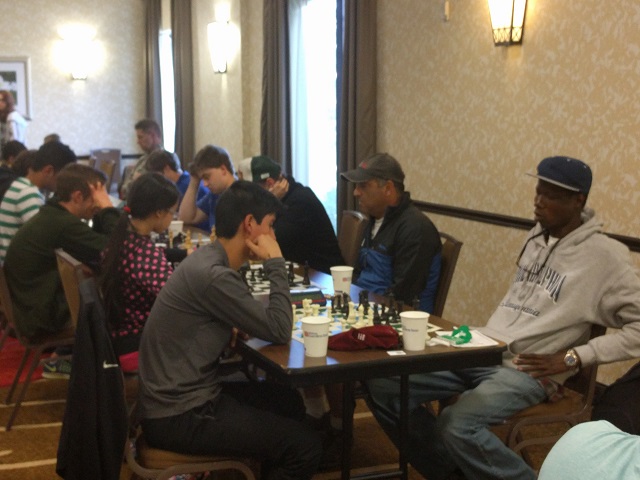 The IM probably was not expecting to have any problem winning the tournament. That is until he ran into the Brian Wall buzz saw in round 4. Quoting Brian, "Game of my Life, at least it felt that way." Play over the game on this site. You will find it quite enjoyable. Apparently Rhett Langseth also had a good game against the IM, but according to Brian, he refused to repeat the position, tried to win, and lost. Maybe a case of tugging on Superman's cape :-) 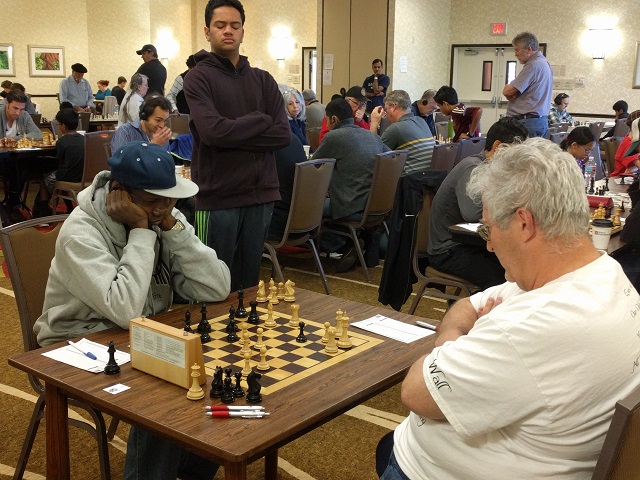 In round 5, Life Master Wall was quite happy to make a draw offer, that Josh Romero could not refuse, to secure clear 1st place and win 500 dollars. IM Olape ended up in 4 way tie with Mr. Romero, Josh Samuel and Eamon Montgomery. They all finished with 4 points and won 75 dollars each as the combined 2nd and 3rd place winners.

Special mention must be made of Mr. Montgomery's play. Rated only 1769 going in, he upset Daniel Herman (2085), Duwayne Langseth (1901), Mark Krowczyk (1931), and to top it off, in the last round he beat Morgan Robb (2179). An impressive string of games. Certainly well done, Eamon. It was lamentable that we did not have any Under prizes. We will correct that omission next time.

Speaking of upsets, Akshat Jain (1953) upset Chris Peterson (2249) in round 2. Readers may recall that in this years Denver Open, Chris won a brilliant last round game against Mr. Jain. I didn't see the game here, but Akshat had to have played very well to beat the current Colorado State Champion. In addition to the main title, Mr. Peterson won the Colorado Quick Chess Championship that was held Friday evening before this tournament. Chris won that title with a slick tactic in the last round against none other than Brian Wall. Need I mention that Chris is also the current Colorado Blitz Champion!!

Unfortunately after this loss, Chris choose to withdraw from the tournament. I believe I speak for everyone when I say, we all wish Mr. Peterson would play all his games. I saw some of his analysis from his round 1 game with Dwight Sehler, and the depth and originality of his ideas is just astonishing. First to get the idea, to realize there is a possibility in the position, then calculate the tactics to make the idea work is what chess is all about.

Speaking of young players, I want to point out that all of the fearless, well dressed Williams kids played in the Open section. Teah's upset win over the strong Charles Minsky(1820) and Selah's draw against Barry Hepsley (1742) deserve mention. 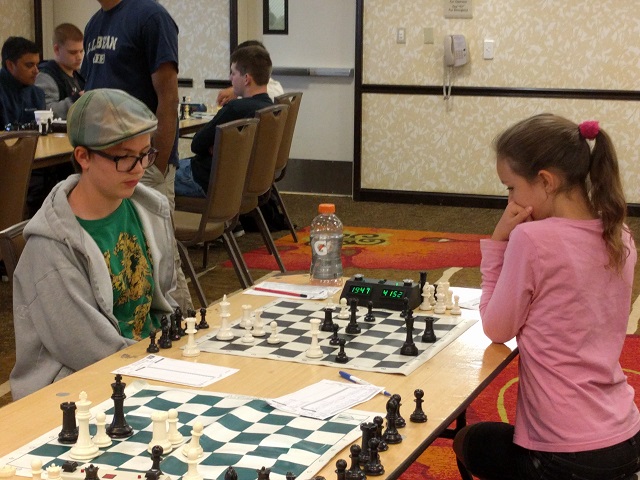 I am most pleased to say the U1800 section was won by yours truly. I have not ever won so much money playing chess. 500 dollars. Whoowee. I must admit there was some lucky in taking clear 1st place. My last round game was against Miles Brown, one of the young players mentioned above. After my usual dubious opening, Miles is a pawn up and playing very well, very fast. Perhaps too fast. Mr. Brown reached a winning ending where, as they say, its just a matter of technique. But, once again Yogi Berra's famous "it ain't over till its over" proved to be true. Regretfully, Miles overlooked a 500 dollar Knight fork. To the young players credit, he offered a handshake and took the loss with equanimity. 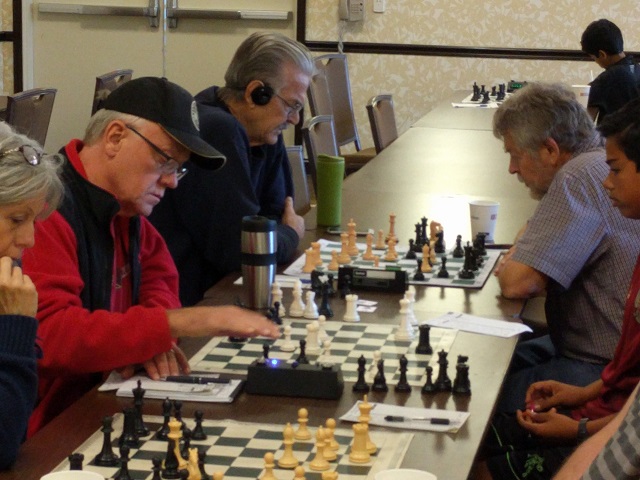 Ann Davies, Roger Redmond, and J.C. MacNeil on the left.

Miles Brown, and Robert Carlson on the right, playing round 4.

The 2nd and 3rd place combined prize of 300 dollars was shared by Brian Roundtree and Alexander Freeman. They each finished with 4 points and each won 150 dollars. The competition in this section was really tight going into the last round. Miles and I had 3.5 points. 5 players had 3 points, and incredibly 7 players with 2.5 points still had a shot at a prize. Brian and Alex took care of business by winning their games against Vibi Varghese and Robert Carlsen. Leaving all the 2.5 point players out of the money. 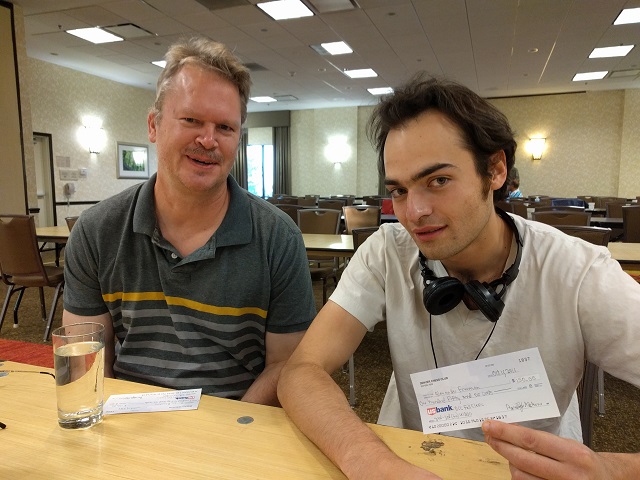 Brian Roundtree and Alex Freeman, quite pleased with their DCC prize money checks.

Mr. Varghese had a hard luck tournament. In round 2 he failed to notice he could just take Phil Nelson's Queen and win the game. Instead it ended in a bizarre perpetual. Then in his last round game against Mr. Roundtree, in a seemingly winning position, Vibi could not find a mate with his uncoordinated pieces getting in the way of each other. Instead It was Brian finding a win while playing with just a few seconds plus the increment on his clock. C'est la vie, Vibi.

The story of the U1400 section is the story of another young player, Jason Liang. I believe his dad said he is only 9 years old. Jason simply dominated this section by winning all his games. Finishing a full 1.5 points ahead of 2nd place. Rated 1123, he was in the middle of this rating group. Aside from his 1st round win over an unrated player, Jason was the lower rated player in his other 4 games. My experience has been, regardless of a players rating, there are no easy games in tournament chess. Young Mr. Liang's feat of going undefeated is impressive indeed. Well done, Jason. Are you going to share any of your 1st place 300 dollar prize with your dad :-) 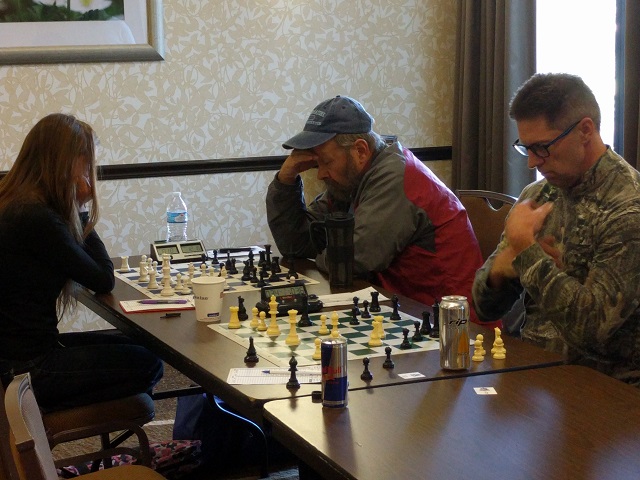 I don't know either Leon Travis or Joseph Abousharkh. So first, let me thank you both for playing in this tournament. I'll be pleased to make your acquaintance on a Tuesday night at the DCC, or at the next DCC weekend tournament. Second, congratulations on sharing the combined 2nd and 3rd place prize of 300 dollars. Your fine 3.5 point scores won 150 dollars each. I would say Joseph has the bragging rights, since he won their individual round 2 game :-)

Finally, I would like to thank the Tournament Directors. Todd Bardwick and Dean Clow. The Dynamic Duo of tournament directing. The rounds started on time, the pairings were correct, and the few disputes were settled quickly and fairly. Mr. Clow is the DCC Tuesday night director, and I can tell you his contribution to the improvement of the DCC is off the charts. Mr. Bardwick is very active in CSCA scholastic chess, and perhaps that is why we are seeing more and more young players at our tournaments.

All photos are courtesy of Shirley Herman. Thank you kindly, ma'am.

Thanks to all, J.C. MacNeil